Looking beyond earth to address wildfires: How space technologies can change how we respond to natural disasters 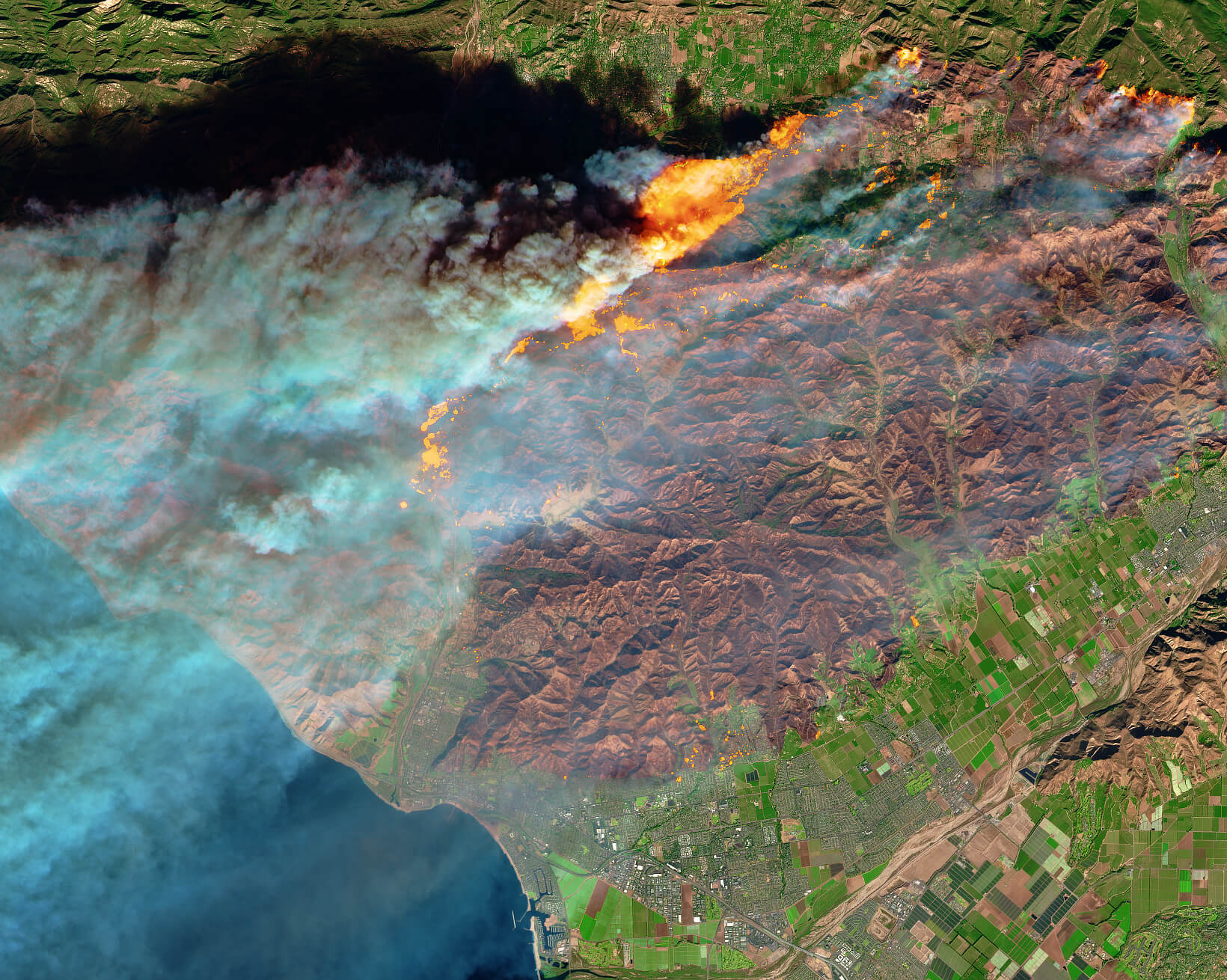 In 2020, the United States of America witnessed two times more wildfires than 2019. The Center for Disaster Philanthropy pegged this number at 52,113 wildfires, leading to a whopping 8.8 million burnt acres of land. For comparison, that’s the size of 6.6 million football fields or 81.5 million basketball courts. Each year, wildfires take away shelter, food, employment, education, and human life from populations worldwide. The most vulnerable communities are often hit hard, time and time again.

‍
Experts believe that 2021 will be even worse. Extended conditions of drought, overexploitation of forests, and commercial land-use conversion have led to a considerable increase in wildfire size, frequency and associated environmental impacts. The effects of this have been seen first-hand over the past few years and are only expected to continue. While those directly involved in environmental protection are working tirelessly to address wildfires, it is time for other industries to support this effort. A seemingly unlikely but potent weapon in our fight against wildfires is space technology.
‍

The spotlight within space technology has typically been focused on space tourism, off-world colonies, and commercial space stations. What isn’t focused on enough is the immense potential that space technology has in making the world a better place. Satellite imagery and weather data coming down from space have provided us with information that we otherwise would have no way of obtaining and at truly global scales.

‍
Ever since the 1970s, earth observation satellites have provided data on the causes of and destruction caused by wildfires. Apart from validating ground reports written by various fire agencies, satellite imagery has helped us see things that were missed by these reports, the likely causes, and what patterns the fires have conformed to, if any.

‍
The first step to solving the menace of forest fires is knowing where and when they are occurring and what causes them. The second step is to predict where future forest fires will arise and how they will spread once they have emerged. The third would be to use this information to help tackle the fires faster and more efficiently. Satellite data is an invaluable tool in all of these steps.
‍

By offering detailed insights into the dynamics of our forest ecosystems, advances in remote sensing technology have enabled us to transcend human limits of monitoring forest fires in a cost-effective and timely manner. As a result of these satellites, our ability to identify, monitor, assess, and predict fires on a global, regional, and local scale has taken on a new dimension.

In the beginning, essential optical imaging from space enabled us to see and measure the devastation caused by the fires. It has also provided us with a definite set of historical reports to compare against. But with the additions of weather, radar and infrared imaging satellites in the last few decades, we can now identify potential areas of danger, map patterns of spread and even monitor indicators that can help us stop these fires at the source. Land cover can be mapped, burnt areas can be identified, and vegetation regrowth can be monitored using optical sensors. Thermal sensors detect hotspots in fires by measuring heat signatures over large swaths of forest land. Hyperspectral satellites can indicate the lack of moisture in certain areas, implying a higher probability of fires in those areas. Various agencies on the ground can use this data better to deploy resources in our fight against these fires.

‍
This capacity to quickly identify wildfires and their movement, predict their origins, and provide invaluable data to the firefighters on the ground through satellites that are hundreds of miles above us, is a global success story that saves property and more crucially, lives.
‍

Given the immense importance and impact of space data on the future health of our planet, we must do all we can to make it broadly available. Most space technology access is limited to government customers who can afford expensive space data and have the resources and engineers to analyse it. Others are limited in their lack of tools, expertise, and funding to buy and analyse this data.
‍

The proliferation of companies sending satellites to space and companies analysing the avalanche of data beaming down from space is a welcome change but isn’t enough. There needs to be a concerted effort from the government to assimilate this data and equip our agencies and first responders in this fight against wildfires. The health of our planet affects all its people - we need to start treating it as such. And fast.